Described as the world’s first planned, modern, sustainable, and truly arboeal treehouse community, this neighborhood nestled in the rainforest canopy has a skyline speckled with treehouses and is the perfect second home for humans and teddy-bear like creatures alike. Located in the south Pacific coastal region of Costa Rica, the comfy yet rustic private retreat welcomes people (and non-humans) to get off the beaten path and explore the wonders of rainforest living.

Finca Bellavista is located in a relatively pristine part of Costa Rica far removed from the hubbub of the outside world. The nearest town is 1.5 miles away and has just a school, a church, a pulperia, a bus stop, a handful of houses, and a soccer field. How’s that for getting away from the big city? And while the village is focused on providing a place for humans to dwell, interact with, and grow within thetreetop realm, Finca Bellavista’s founders, Erica and Matt Hogan, are committed to being stewards of the land and environment that surrounds it. “Everything we do at Finca Bellavista is done with consciousness, caution and care guided by our personal beliefs,” they explain.

The settlement is made from real treehouses. 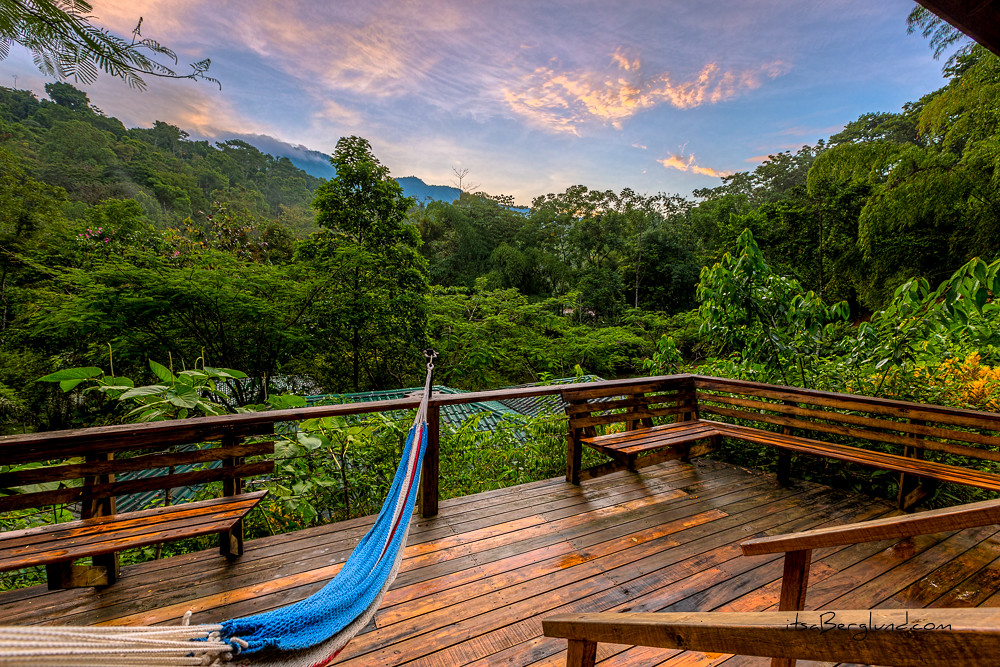