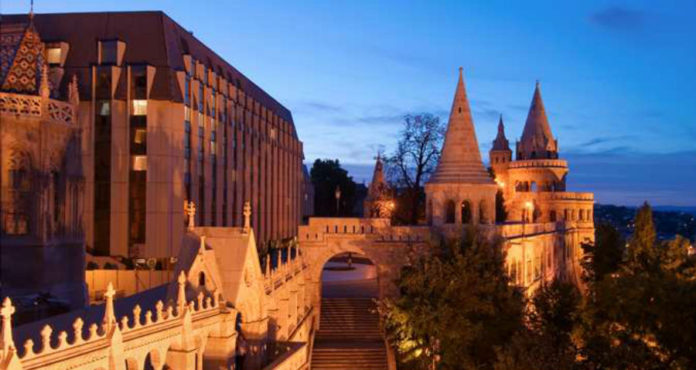 Choosing a fairy-tale as a vacation destination…? It should come as little wonder that staying at the Hilton Budapest can be compared to just that. Home to a UNESCO world heritage site, the Buda side of Budapest boasts one of the most picture perfect royal castle districts in all of Europe if not the world.

Benefiting from its close proximity to the Buda castle – a fortified city built on a summit and completed in 1265 – the Hilton offers a panoramic view of both the Danube and the haunting gothic world of the Hungarian parliament looming over the river on the Pest side. Built within the façade of a 16th century Jesuit College that benefits from a 13th century Dominican Churchyard, the property itself is endowed with an ambience capable of catapulting its guests into a lost era. With the stunning Roman Catholic Matthias Church right next door, it is easy to imagine oneself as a visiting monarch who has just been granted the full reign of an entire kingdom.

Alongside the majestic Hilton, you will find some of the most beautiful attractions the realm has on offer. Since many of these sought-for landmarks show up on tourist itineraries, it is a real advantage to be permanently located within striking distance of these sites as it affords you the luxury of seeing them at their most vacant. The city center located in Pest is easily and quickly accessible by either taxi, constant and convenient public transportation or by taking a stroll through the stately hillside parks that wind their way down the mountain ending at the foot of the historic Chain Bridge.

Fitted with great amenities, the Hilton Hotel comes complete with a state-of-the-art fitness center (including a trainer), sauna, masseuse, as well as an executive floor that includes an active lounge, a lush business center and large meeting rooms. The hotel also offers a very varied breakfast buffet in a venue whose view will leave you speechless. Taking in the castle, the historic museum and the many marvelous café´s that offer authentic Austro-Hungarian pastry, one can proceed from the Fisherman’s Bastion into the heart of the city on the other side of the Danube. Whether it is the National Gallery, the national Museum, Heroes Square or simply a thought provocative walk through the old Jewish district that strikes your fancy, there is no denying that Budapest is a city whose architectural splendor and mood is trumped only by its endless range in nightlife activity. Leaving the confines of the refined Buda world, one can descend into the decadent world of ruin bars, courtyard pubs and theme clubs. If you want to know what it must have been like for royalty to go slumming, take in the alleyways of the artistic capital during the late hours before returning to your fort uphill.

Whether indulging in one of the many brilliant Hungarian sparkling wines at the Hilton’s lobby bar or eating a sumptuous meal at the hotel’s Icon restaurant, one is quickly reminded that Hungary had, once upon a time, indeed been a kingdom. Looking at the city’s dazzling lights is enough to make one understand that certain fairy-tales simply can’t be read; rather, they must be lived. For more information and to book: http://www3.hilton.com/en/hotels/hungary/hilton-budapest-BUDHITW/index.html 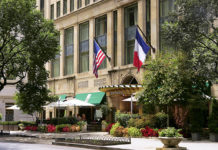 Ljubljana – Because the sky is not the limit…

Five Star Deluxe….And Then Some!

How well do you know Ljubljana?

This website uses cookies to improve your experience while you navigate through the website. Out of these, the cookies that are categorized as necessary are stored on your browser as they are essential for the working of basic functionalities of the website. We also use third-party cookies that help us analyze and understand how you use this website. These cookies will be stored in your browser only with your consent. You also have the option to opt-out of these cookies. But opting out of some of these cookies may affect your browsing experience.
Necessary Always Enabled
Necessary cookies are absolutely essential for the website to function properly. This category only includes cookies that ensures basic functionalities and security features of the website. These cookies do not store any personal information.
Non-necessary
Any cookies that may not be particularly necessary for the website to function and is used specifically to collect user personal data via analytics, ads, other embedded contents are termed as non-necessary cookies. It is mandatory to procure user consent prior to running these cookies on your website.
SAVE & ACCEPT